China plans to become carbon neutral by 2060. The National Energy Administration (NEA) of China announced a target to reach a proportion of solar and wind in the national power generation mix to 16.5% by 2025 while coal consumption peaks. China remains the world leader in respect of total hydropower installed capacity with over 370 GW including conventional and pumped storage (PS) types of plants. In 2020, China added 14 GW of new hydropower capacity, including 1.2 GW of pumped storage. Renewable energies and storage technologies continue to be a significant focus in China’s energy transition policy, with a current installed capacity of solar and wind 535GW and pumped storage 32GW in operation and 52GW under construction.

The talk will discuss what has been achieved to date as well as near and long-term goals regarding renewable energies and storage technologies in China. It will also present the proposed consolidation of the pricing mechanism released in April 2021 that suggested that all PS plants in China to adopt a two-part tariff mechanism based on capacity and energy tariff after 2023. China has been at the forefront of bringing new PS projects online and making them financially viable.

Beyond China, for overseas projects, we anticipate some discussion as to how the Chinese Government and large public-private Chinese companies implement such renewable energy and infrastructure investment programs in various countries and their geographic focus. How these projects are financed and paid back will also be discussed.

The talk program will begin with a short presentation (~ 30 min) by Mr. Dongsheng followed by moderated questions and answers over the next hour and a half. 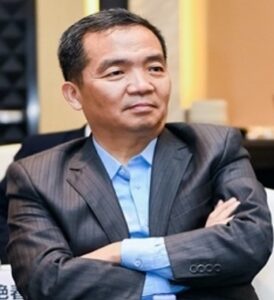 Mr. Song Dongsheng is an independent advisor for power and infrastructure projects, advisor to China Association of International Engineering Consultants, arbitrator of Beijing Arbitration Commission, and adjunct professor at TianjinUniversity. Mr. Song has 40 years of worldwide experience.  Previously, he was the President of PowerChina International, Chairman, and President of Sinohydro.  He was with Sinohydro for 35 years, taking responsibilities progressively, starting as a dam technician in 1981 and grew through the ranks, and retired as the Chairman of the company in 2016. He is a civil engineer with a bachelor’s degree from Wuhan University and Executive MBA from HEC, Paris.