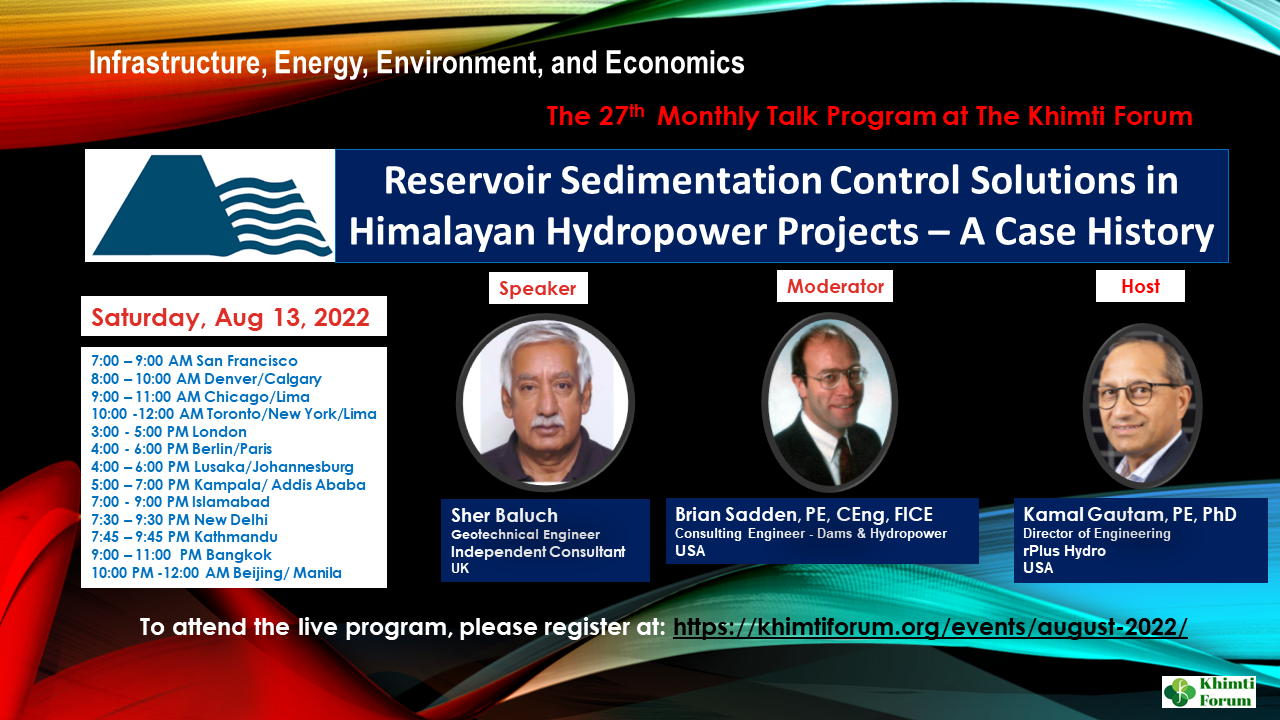 Down load the Speaker’s Presentation

Abstract: Deforestation, climate change, and increased dam construction over the past century have adversely impacted sedimentation issues and this is no longer sustainable without effective solutions. There is increasing use of bypass arrangements in dams to reduce interruption of sediment transport. This concept uses an upper reservoir to remove sediments, thereby preventing their inflow into the usable lower part of a reservoir.

This presentation assesses sedimentation issues in hydropower projects and describes a case history of a high-head run-of-river scheme in the Himalayan region of Pakistan. Design changes were made during construction by removing a conventional sand trap, and avoiding heavily reinforced high slopes in challenging geological conditions. Instead, a stretch of reservoir between the bypass tunnel and the concrete weir was used as a natural sand trap. The above solution, tested in a physical model for its feasibility, brought the project back within budget and avoided further delays. Using well-defined reservoir operation rules, the project is operating since 2018 with close to 100% efficiency and the required 98% plant availability. The environmental impact has been minimized. 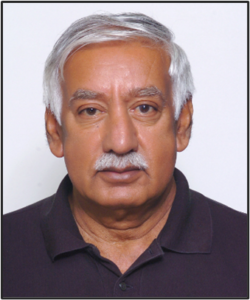 Mr. Sher Baluch is a geotechnical engineer with nearly four decades of work experience in the design, construction, and management of hydropower, dams, and tunnel projects. He has worked and contributed to nearly 30 hydropower and dam projects in Africa, Asia, and Europe. In March 2019, Mr. Baluch received an Appreciation Award from the President of Uganda for his work as Technical Advisor to government-owned Uganda Electricity Generation Company Limited (UEGCL) for the successful completion and commissioning of the 183 MW Isimba Hydropower Project on the Nile River in Uganda. He is a Vice President of ICFRD and Vice Chairman of CFRD World, Chartered Geologist, and Fellow of the Geological Society of the UK. He obtained his MSc and DIC (Geotechnics) from Imperial College (University of London) in 1983.