The future role of hydropower, focus on optimization techniques with a case study in Southeast Mexico

Abstract: Hydropower is a renewable energy source with the largest installed capacity in Mexico. In 2020, 25.5 percent of the generated energy came from clean sources and 42 percent of this was produced by hydroelectric plants. One of the most important systems for hydropower generation is the Grijalva Hydroelectric System (GHS), located in the rainiest region of the country in southern Mexico. The heavy precipitations in the winter season of 2020, led to a hydrograph peak greater than 3000 m3/s, which contributed to a flood that affected more than 300,000 people.

Given the numerous situations worldwide like the described above, as well as new environmental regulations and flow stream uncertainty, the optimization of reservoir operations has gained more attention. In some cases, dynamic programming offers a good solution for some systems, although when facing more complex functional problems with high dimensionality, other approaches such as artificial neural networks, heuristics, and metaheuristics are demanded.

The presentation will cover the challenges of optimal reservoir operations, and the techniques applied in the Grijalva Hydropower System. 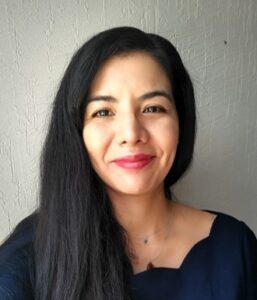 Elizabeth Cervantes is a third year PhD candidate at Tecnológico de Monterrey, Mexico. Her research is focused on the optimization of the operation of the Grijalva Hydropower System, located in the south of Mexico. This research interest grew out of her experience as an operational hydrologist and head of the department in the Regional Hydrometeorological Center “Tuxtla Gutiérrez”, of the National Water Commission. Afterward, she worked as an advisor to the Director-General in the Mexican Institute of Water Technology, white she was an Associate Professor in the engineering graduate program of the National Autonomous University of Mexico, from which she graduated years before with a master of hydraulic engineering with emphasis on hydrology. Her other interests include flood mapping, damage evaluation, and climate resilience.