Balochistan is the largest but least developed province of Pakistan. It covers almost half of the surface area of Pakistan housing only 5% population of Pakistan. Balochistan is a livestock-based economy. The average annual rainfall in the province is only 150-175mm per annum. Due to steep hilly terrain, runoff generated depletes rapidly. Appropriate conservation of flood flows with the help of storage/ delay action dams not only protect cultivated lands, infrastructure, and populations against torrential floods but also help recharge groundwater that is under severe stress. The government of Balochistan with the funding of the Government of Pakistan has embarked on a comprehensive program of harnessing the flood flows through the construction of small dams spread all over the province. The Construction of 100 small dams project was launched in 2009 divided into 5 packages, each package of 20 dams to be constructed over a period of 4 years. So far three packages have been completed and more than 60 dams are constructed. The fourth package is under execution and is expected to complete 80 of the 100 dams by the end of 2024. These dams helped in recharging the groundwater, reducing floods, providing water for humans and animals, and improving the environment. The dams are not only helping breed animals and boost the livestock economy but have also been successful in intersecting the migratory roots of the nomads in their search for water. The dams are spread all over the province covering a wider part of the province rather than a huge development concentrated at a single point. The microscale of the dams also helped eliminate resettlement issues and created jobs and boosted the micro-economy. Access to rural areas has improved due to the construction of roads leading up to these dams. 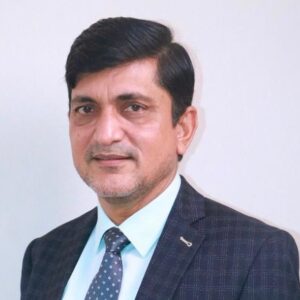 Mr. Zafar Iqbal Wattoo is a civil engineer with more than 25 years of development work experience in conflict-hit areas, especially in planning, design, and construction of water retaining structures such as dams, irrigation, hydropower, and water resources management. Mr. Wattoo is one of the founding directors of Rehman Habib Consultants headquartered in Lahore, Pakistan. He has worked on water resources projects in Sudan and Malaysia. In Sudan, he led the construction of several small dams in the Darfur region during the period 2011-13.

Mr. Zafar Iqbal Wattoo was the Team Leader for the construction of 100 dams during the period 2017-19 for Package III and currently serves as the Project Manager for Package IV.